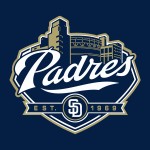 At first glance it might not look like Keyvius Sampson and Rymer Liriano have much in common. A right handed pitcher and right fielder, respectively, their tracks up the prospect ranks would not normally be compared and their eventual promotion to the major league level would not seem to coincide. But there is more in common than you might expect.

Both born in 1991, Liriano was signed as an international free agent out of the Dominican Republic at 16 years of age. Sampson was signed in the 4th round of the 2009 draft. Liriano got a $300,000 bonus and Sampson received $600,000 to sign. They both broke into the Arizona rookie league in 2009 with their climb through the minors both occurring rapidly with the 2012 season finding them both in AA at 21 years of age. There was speculation that both would wind up with the major league team at the end of the 2013 season. 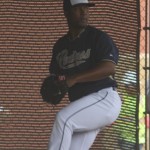 For his 2012 season, Sampson was not quite as dominant as he had been the previous years. With an 8-11 record and 5.00 ERA, he was a point and a half higher than any of his previous ERA totals. The Padres encouraged further work on his slider to improve his results and that resulted in a 10-4 record with a 2.26 ERA and 110 strikeouts and a .199 average against in 103.3 innings. At 22 years old he was promoted to AAA for his last nine starts but was unable to advance past the 4th inning in his first four starts. With his starting role now in question, the Padres sent him to the Arizona Fall League to work on his pitches and as a result of his 7 game appearance with 9 K’s, 4 BB and 1 ER in 11 IP he was invited to major league camp.

Now a part of the 40 man roster, Sampson is in the best position of his career to get a call up to the Padres during the 2014 season. He possesses a mid 90’s fastball, a power curve, a changeup and, now, a quality slider. Sent from major league camp back down to the AAA team on March 13, Sampson can now spend the rest of his spring getting stretched out for the 2014 season and will hopefully put himself back on the list of pitching prospects for the future. The national baseball analysts seem to feel he is still a quality prospect. His Baseball America rankings in 2012 had him as the #10 prospect in the system. He dropped to #13 in 2013 but was placed at #9 for this year.

If he is able to succeed as a starter this season, he will be ready to advance to the major leagues at 23 years of age. At worst, he figures to be a late inning reliever with powerful stuff. Due to the development of Andrew Cashner, Tyson Ross and Matt Wisler, Padres fans aren’t hearing much about Sampson these days but he bears close watching. If he has a strong AAA season don’t be surprised to see him in a Padres jersey before the end of this year. 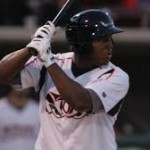 For the 2012 season, Liriano played 74 games at Elsinore with a .298/.360/.443 line and was promoted to San Antonio for his final 53 games of the season. His .250/.335/.377 line was still respectable but promised that he would begin the 2013 season back with the Missions. During his off season workouts, Liriano experienced soreness in his elbow and had a worsening of his condition during spring 2013. His February Tommy John surgery put an end to his season. He had gone into the season as the Padres #5 prospect (Baseball America) behind Casey Kelly, Max Fried, Jedd Gyorko and Austin Hedges (although Baseball Prospectus listed him as the #2 prospect in the system).

For the 2013 off season, Liriano went to the Dominican Republic facility to rehab and reported to spring training unrestricted. Any doubts regarding his return to form were eliminated with the throws he executed from deep right field to the infield. Baseball America dropped him to the #6 prospect going into this season due to his injury and the development of Hedges, Matt Wisler, Max Fried, Hunter Renfroe and Casey Kelly. BA’s Matt Eddy now sites concerns regarding Liriano’s plate discipline and whether he will be able to hit for a high enough average to fulfill his potential but still does not doubt his other tools.

These two players are good choices for breakout seasons during this year. Both are ready for the next step with Liriano needing to play to knock off the rust and get his stroke back and Sampson needing to continue his improved performance from his Fall League appearances (11.1IP with a 0.79 ERA). Both could be contributors this season on the major league team, especially late in the season when the regulars could use a break (we won’t discuss the “I” word).