The Case for Reymond Fuentes 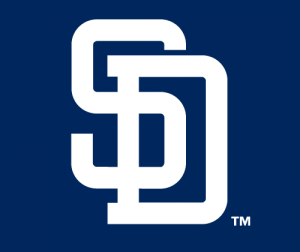 When the San Diego Padres traded Adrian Gonzalez to the Boston Red Sox in December of 2010, Padres fans were in  an uproar. Once again the organization had traded away top talent because they weren’t willing to pay top dollar to a player. The players received in return? 1B Anthony Rizzo, OF Eric Patterson, RHP Casey Kelly and OF Reymond Fuentes. Rizzo and Kelly were the names in the trade, both highly regarded in the Red Sox organization and considered to be quick call ups to the major league team. Fuentes was intriguing due to his relation to All-Star Carlos Beltran, his cousin, and was a first round pick of the Red Sox in the 2009 draft.

The jury is still out on this trade for the Padres. Kelly is rehabbing from Tommy John surgery performed during spring training of this season and Anthony Rizzo is playing for the Chicago Cubs. The player acquired in return for Rizzo, Andrew Cashner, has had a history of injuries but is just now starting to show the Padres, and their fans, what he is capable of as a starter. If he can stay healthy, that is. Patterson and Fuentes? Patterson was released not long after he was unable to perform adequately at the major league level and Fuentes was a potential plus center fielder who debuted with the Padres system at single A Lake Elsinore in a respectable fashion      (.275/.342/.369, 41/55 SB) but then struggled mightily in 2012 at AA San Antonio (.218/.301/.302) with 133 SO in 473 AB.

In an article written by Bill Center of the UT in July of this year, Fuentes was quoted as saying that moving to a new organization was “scary” for him and that he is a “shy person”  He also stated that he worked on being “mentally tougher” this last off season and came into 2013 “more confident” and was “having fun” now. Center quoted Randy Smith, Padres director of player development, as crediting AA hitting coach Jacque Jones and manager Rick Dauer with working with Fuentes on learning what kind of hitter he is, keeping the ball out of the air and hitting line drives.

Scoutingbook.com’s scouting report on Fuentes gives him a three out of five tool evaluation. A plus defender with great read and plus plus speed, Fuentes has a compact line drive swing but lacks power with an average to weak throwing arm. For the Padres this translates into someone who will play center field in Petco Park with spectacular range and can hit towards the top of the order. The biggest drawback being his penchant for striking out that lowers his on base percentage

My purpose for writing this piece is to answer, definitively- Yes. The purpose of September call ups, according to mlbprospectwatch.com, is to give rising players a one month tryout to determine their prospects for the following season, or, as an incentive to give them a glimpse of what major league baseball is all about. Under either definition, Fuentes figures to be in the plans for next year. At some point he will be given a shot to see what he can do in center. As we all know, Cameron Maybin has not lived up to his potential so far. And if he should suddenly begin to perform at a higher level there is the issue of his injury history. Fuentes would be a logical successor to Maybin at this point and this would be a good time to see what he can do at the highest level. There is no doubt he will be invited to spring training next year but a September call up could give all of us a chance to see how his skills play out. No doubt that Will Venable can and has played an excellent center when placed there but his real position is right field and, if his recent play is any indication, he will be given another season to show his abilities with the team.

It would be great to look back on the Gonzales trade next season and say that the Padres front office did well in acquiring Kelly, Fuentes and, by default, Andrew Cashner in exchange for a player who had no wish to be here and probably would not have signed a long term contract if he had even been offered one. I, personally, would really like to see what Fuentes brings to the table. Especially now with Cabrera gone for the rest of the year. If he does an acceptable job a top two of Cabrera and Fuentes would be a lot of fun to watch next season.