The Day After Nothing Happened… Or Did It? 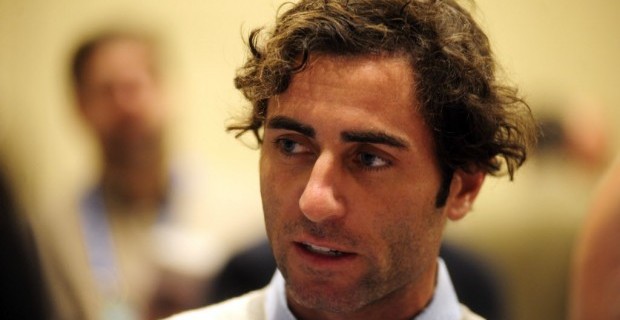 We are all Padres fans here.  Let’s just get that out of the way.  I know some of you don’t want the truth, you can’t handle the truth.  Most of you know me for my strong opinions (follow me on twitter @Steve_Adler), agree or not.  With that said, I just want to be clear about my stance on the way that things have been handled since the embarrassing pissing contest that was Mike Dee and Josh Byrnes, to the laughable failure of AJ Preller at the deadline.  I’m sure you can see where this is going.  Before you get your pom-poms in a bunch, hear me out.

During the offseason, I was adamant that the Padres were losing trades and Preller was overpaying at every turn.  However, most fans were thrilled because the team was getting players whom they had heard of at some point, so throw conventional wisdom out the door, the Padres got Matt Kemp!  Although I love trades and it was exciting at a certain point you have to step back and look at things.  What we knew heading into the season was that the SS position was a huge eye sore, Alonso hits with the power of a 125 lb high school kid, the Padres defense would be suspect, and we had a manager that was extremely flawed, yet likeable.  In spite of educated, and rational baseball minds expressing these concerns, fans didn’t want to hear it.  “The talent is there, and every team is flawed”  I felt the Padres had enough talent and leadership to win 90+ games, in spite of the skipper, but within a few months we all realized that was not the case.  Although Alonso somehow turned into Wally Joyner for two months, the SS play was worse than could be expected, defense was killing the pitching, and Black’s country clubhouse mentality had sunk in.

Bud Black was fired in mid-June.  The right move, but the timing was terrible, the team went into a tailspin, Bud Black apologists wept, and the team went 5-8 the remainder of the month.  After the Padres lost to the Mariners 7-0 on July 1st, new manager Pat Murphy said that he’s done watching and he’s ready to start implementing things.  In spite of a brutal road trip that would cover STL/PIT/TX the Padres started to look much improved and finished 4-6 on the trip, taking the series 2-1 in Texas.  After the break the Padres have continued to play well and in his first full month as a major league manager Pat Murphy finished with a winning record of 13-11.  Dating back to April 2014, his predecessor Black only had one winning month in his last nine tries.

The Padres are playing better and winning, so why on earth am I bent out of shape?  Well… Most of you know that I try to keep an objective view of things, I hate PR spin, and I can’t stand when smart people expect fans to be uneducated idiots that will believe everything they hear.  So when Preller dropped the ball yesterday and Ken Rosenthal reported that “The Pads largely stood pat because Preller believed that the team could reach the postseason”, to say I was aggravated and insulted doesn’t start to explain my frustration with our Rockstar GM.  Those who frequent Friarhood will remember my article about how important the first hundred games are, and why June 1st was really the critical check point for this season.

I want to take a moment to make sure I’m clear about my stance on things.

1.  Preller overpaid/under sold in the offseason.  You can say it’s too early to say that, and I’d say that’s a fair point.  However, if I say it after the fact, then it’s just in hindsight.  I’ve said this since January and it rings more true everyday.

2.  Black shouldn’t have managed after May 1st, and certainly not into mid-June.  I tried to give him the benefit of the doubt with this roster oozing with talent, but after a 10-5 start, he couldn’t get out of his own way with his tinkering, which eventually led to his firing.  Pitching coaches rarely make good managers, in 8 years of watching Black, I firmly believe that.

3.  The mishandling of top prospect Austin Hedges.  He has 60 ABs and it’s August 1st.  Now he’s going to be a super 2.  Assuming Hedges is an average level MLB starter he could end up making $5-$10MM his last year of arbitration for what amounted to roughly 30 ABs in May and June.  Not only that, Hedges hit.225 at AA in 2014 and really needs to get daily ABs to work on that hit tool.  He certainly isn’t getting them at the major league level and likely won’t unless Norris is moved in the offseason or winds up on the DL.

4.  Either Preller is delusional, really stubborn, or mishandled the deadline (similar to the way Hoyer mishandled 2011).  This Padres team is heading the right direction at the moment, but this isn’t the year that 85 wins is going to get you into the play-in err wild card game.  As I’ve screamed all year, it’s going to take 89+ wins to get into the wild card game.  The Pirates and Giants should both finish with 90+ wins, the Cubs are right behind them, on pace for 88 wins.  You also have to take into account that the DBacks and Rockies haven’t been the doormats we all expected, which isn’t helping the Padres pad their win totals.

If Preller and the Padres are serious about making a run and this isn’t just PR spin for all those ticket renewal packages going out then why on earth did Preller not go get a shortstop?  At the end of the day, that’s the big hole in this “Playoffs of bust” campaign.  If you’re a fan and you’re drinking the Kool-aid, you have to at least ask yourself that question.

5.  The Padres should have traded expiring assets at the deadline.  Venable, Kennedy, Benoit (with $8MM option), Upton (draft pick comp).  I do think the Padres can make a run at 83-85 wins, but not an improbable playoff run and holding onto these assets only hurts the long term outlook for the Padres.  Now all the team will have to show for those four players will be a draft pick in the 30s next year.  No pressure there.  Also, I don’t believe keeping Justin Upton has any bearing on him resigning, especially when he’s playing in front of 17,000 people on a Tuesday in September at Petco.   The Tigers, whom are actually in a much better position to make the playoffs had similar assets, and made the most of the return.  Would have been great to see Preller do the same.

6.  I was not asking for a fire sale, but I wasn’t against selling off valuable pieces if it meant retooling the team with controllable talent and impact prospects.  I didn’t want the Padres to trade Ross or Kimbrel, unless they were overwhelmed with an offer.  Other than that, I would have been fine with them moving quality for quality.  Especially when you consider how the Padres have essentially gone from a top 10 system to a bottom five.  At a certain point you have to see past your nose, and Preller failed to do that yesterday.

Trust me, I’m not trying to take the bounce out of anyone’s pom-poms, but we have to be realistic here.  Preller swung for the fences this winter and it didn’t work out.  He now has a shell of a farm system with no good pitching prospects, and two OF prospects, both of which are blocked AND he took on $182MM worth of bad contracts between Melvin Upton, James Shields, and Matt Kemp (I don’t view Kimbrel’s or Gyorko’s contracts as bad, yet).  Those three contracts will limit the Padres spending power in the coming years and with no prospects on the horizon, it’s going to be hard to fill needs internally and externally.

I realize that most of you reading may disagree, because it’s not warm and fuzzy, but don’t just take my word for it.  Buster Olney and Ken Rosenthal wrote about the same thing (click on names for stories) earlier today.   These are smart baseball people at the top of the profession, not local hacks or lazy reporters like Heyman and Miller.  Olney and Rosenthal  write with their heads not their hearts and they are spot on in their points.  I would highly encourage you to read them.

I will end this with a prediction, because what’s more opinionated than telling you how things will go before they happen… The Padres are going to have a nice run in August (they don’t play a team with a winning record until August 21st), and barring major injuries should get within spitting distance of the Giants at some point.  Fans will get excited, they will say irrational things and at the end of the day the Padres will finish with 83-87 wins and short of the playoffs. Will it be interesting?  Yes.  Will it be fun?  Sure.  However, after October 4th, it will be all for not and that window to improve the organization on July 31st will walk with those free agents.  A quick high, followed by a crash of reality will ensue with the reminder that the farm system is thin, the remaining contracts are big, and the Rockstar GM swung and missed again.