The Day The Music Stopped 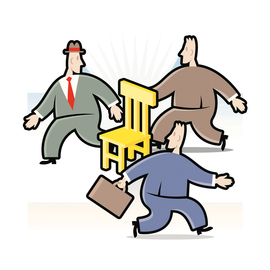 So apparently the music stopped and A.J. Preller was left without a chair.

There were numerous reports that said that the Padres GM was asking for the moon on trades. Additionally, once he seemed to have legitimate trade partners he would try to dump unwanted salary (yeah, that means you, Jedd Gyorko) on deals that were (prior to the salary-dump tactic) gaining traction.

So instead of getting a couple legit prospects for Justin Upton, we’ll see what Preller, Logan White, et al can do with the 31st pick in the draft. And instead of getting a few more low-level prospects for guys like Will Venable, Ian Kennedy, Joaquin Benoit, etc. we’ll get absolutely nothing when they leave. And instead of losing a few more games in August and September and thus drafting higher, we’ll have a typical San Diego second-half surge that will leave fans and front office types alike wondering what could have been while we draft later while failing – yet again – to reach the playoffs.

What me, bitter? Why do you ask?

When I heard we hired A.J. Preller away from Texas and that we got Logan White from the Dodgers I got very excited. Both have been highly instrumental in building hugely successful prospect pipelines. So when A.J. took the approach he did this past season trading away Tre Turner, Matt Wisler, and Joe Ross (and others) I got real nervous. Those are three real nice players. Then as the whole baseball world watches; knowing the Padres are not in playoff-mode, and Preller has to rebuild the farm system, he whiffs at trying to land top shelf talent. It leaves a sour taste…

Here’s the good news: the Padres with James Shields, Tyson Ross, and Andrew Cashner still have a contending caliber rotation. With Craig Kimbrel and others still in the bullpen this team can lock down an early lead. And a team with Matt Kemp and Wil Myers has solid hitters to build around. But this team needs to seriously upgrade its up-the-middle defense and add more hitters. That’s not an easy wish list.