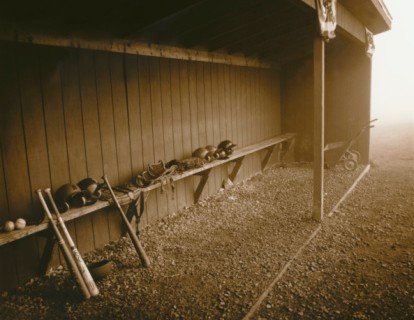 The Padres will not break out of their current malaise unless they address the real problem on the field.  I’m not sure of the solution, but the firing of Josh Byrnes this week crystalized the true problem with the organization.  It is a problem that has reared its ugly head time and again over the past 10+ years.

The Padres problem summed up in one word:    progress.  Or lack there of.

Padres players, hitters primarily, just aren’t getting any better year over year, especially when they enter their prime years.

I started digging this week to find evidence and the mountain of examples nearly crushed me like a landslide.  Here are some glaring examples and I will use the WAR statistic for brevity’s sake.

Just for perspective, other players have shown progress over their first few years:

Back to the Padres, the progress numbers listed above do not even account for all the players (Dykstra, Tate, Antonelli) who never developed at all.  I should also mention some players who saw their career numbers take a sharp decline (Michael Barrett, Ryan Ludwick) once they got here.  Petco Park is a factor, but it can not be the only one.  Maybe there’s a reason hitting coaches don’t last very long here.  Maybe they’re not very good.

What’s the point here?  While some players (Venable, Cabrera) showed modest gains as they played more, saw more Major League pitching and gained experience; most of the young Padres of the past decade-plus either stagnated or regressed.  Chase Headley, by the way, only showed large gains in his one big year (2012), beyond that his progress has flatlined also.  I don’t want to mention Jedd Gyorko’s regression because it will make me cry.

This tells me the Padres are falling short in player development.  There’s no way all these athletes are bad baseball players.  They are underperforming.  The reasons why they are underperforming are more difficult to pin down.  Many in the media are quick to conclude the Padres draft and acquire bad players.  However, the consistency in which players fail to progress tells me otherwise.

Perhaps the solution is not free agency.  Maybe we don’t need to fire GM’s every few years, whether we need to or not.

I would like to suggest that a greater emphasis be placed on teaching, developing, growing and coaching young players at all levels.  This means not spending money on oft-injured left fielders or pitchers with bad arm tendons.  Instead, the Padres should be spending money hiring the absolute best baseball minds.  Hire the best hitting teachers on the planet and then pay them embarrassingly well.  Then hire equally astute assistants, then get good people to be their assistants.  Build the best facilities and maintain them.

Make the Padres an organization players are desiring to get to, as opposed to the current perception that San Diego is a place where good hitters go to wither on the vine.