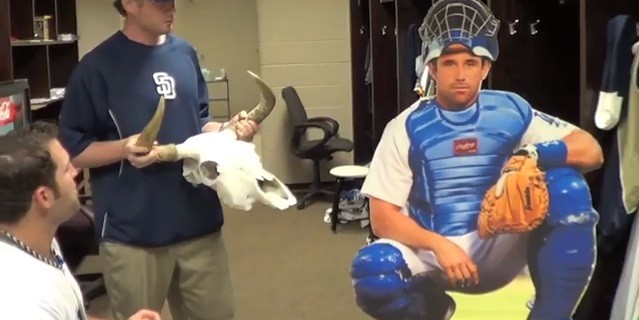 Look out Hollywood, there’s a new star on the rise and he’s coming out of Tucson. The Tucson Padres’ own self-proclaimed anti-hero and writer/director/producer/actor Cody Decker (who also plays outfield for the Triple-A club) has put together a new short film entitled “Brad” starring himself and several members of the Padres clubhouse staff down in Tucson.

The movie, made by Decker’s own Antihero Baseball/Daylight Films, is about 8:00 minutes long and revolves around Decker’s own personal experiences with former major league catcher and Special Assistant to the General Manager Brad Ausmus. The movie has already been promoted across the Twitter universe and is picking up steam through Decker’s twitter account (@Decker6).

Decker’s film has been dubbed to not be a “typical” baseball flick, but the humor and clubhouse banter involved is what makes it worth watching. Plus the fantastic cinematic nuances by budding film director Cody Decker bring “Brad” to new heights in the emerging comedy-sports genre.