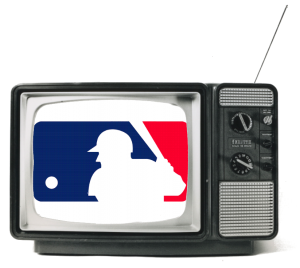 Huge salaries in baseball don’t guarantee a championship, but they get you into the conversation.

Word broke today via Bill Shaikin’s twitter account that the Dodgers new TV deal will be between $7-8 Billion.  This time last year, Padres fans thought the $1.2B from Fox was going to finally allow the Padres to have a seat at the adult table, but the reality is that the TV deal is relative.  Until baseball gets a new commissioner that is going to do things with all 30 teams in mind and not the largest markets, baseball will only develop more separation.

Before I continue I have to make a simple point.  The Tampa Bay Rays are the exception to the rule.  What they do is amazing and I’m sure if other teams were capable of duplicating it they would, but it’s not realistic for fans to say… Just do what the Rays do.

Over the last five years teams that account for the highest ten payrolls in baseball also account for 21 of the 42 playoff berths, while the bottom ten have eight (three for the Rays, two for the Reds at $82M and $72M, and one for the Nationals at $81M).*

Fans can argue about how to spend money, but the bottom line is, having money allows you to make mistakes.  A bad contract, a prospect that didn’t pan out, an injury, these are not big issues when a team has the cash to make a move.

The Dodgers over the last five years have been 9th in payroll.  The Dodgers also have two playoff appearances and on average 85 wins per season, good for the 10th best winning percentage during that span.

A lot was made of the Padres TV deal last season, but upon further review the Padres will still be on the low end of things when all is said and done.

A recent article written by Wendy Thurm on fangraphs.com took at look at all 30 teams TV deals.  Info about NL West teams are as follows:

Currently the Giants are in a TV deal with Comcast through 2032 in which they own 30-33%.  They receive money based on revenue from the network, but I was not able to locate a rights fee or a definitive amount.  Via sfgate.com

I asked Giants president Larry Baer yesterday if, even with the ability to boost TV revenues by charging more for the product over time, the 25-year deal will be an albatross that makes the Giants fall behind as other teams sign more lucrative, traditional contracts for broadcast rights.

Diamondbacks receive $31M annually from Fox Sports Arizona.  That deal will expire after 2015.

The Padres before the Fox Sports San Diego deal were receiving roughly $15M annually.  That number practically doubled over night, but really just put the team on par with what other teams were receiving.  The rights for broadcasting will flow from $25M to $75M by the end of the contract, plus the 20% stake, but what does that mean now?

With the Rockies and DBacks able to negotiate new deals soon, the Giants with a significant deal and the Dodgers with TV revenues to rival the Yankees and Red Sox, does this mean the Padres TV deal is insignificant?  No.

Keep in mind the average payroll in 2012 was $97M and sitting in the middle in terms of revenue means just under the Mets at $93M and the Cubs at $88M.  Currently the Padres payroll is projected slightly over $63M.  To put that into perspective that’s still $10M less than the team’s salary in 2008 in which they ranked 19th.

The Padres were able to get in ahead of the curve, but that will only be valuable if they use the TV money to infuse the team with talent.  The current TV deal allows the Padres to be in the top half in terms of revenue…If they choose to.

After all… They have the money.