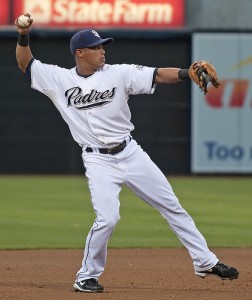 Sources said the players, like those who have been named in previous Biogenesis documents, were on a list as having received performance-enhancing drugs, although the documents are not proof that the players either received or used PEDs.

Cabrera is coming off his best season as a professional after playing in 115 games and leading the National League in stolen bases with 44.  He is slated to be the Padres starting shortstop as he enters his age 26 season.