I drew this latest one while watching Monday’s game. Since the rivalry existed I thought I’d use two characters that played in it’s infancy in 1997. It’s nice that they are also the two biggest icons in both teams history, Ken Griffey Jr. and Tony Gwynn respectively. 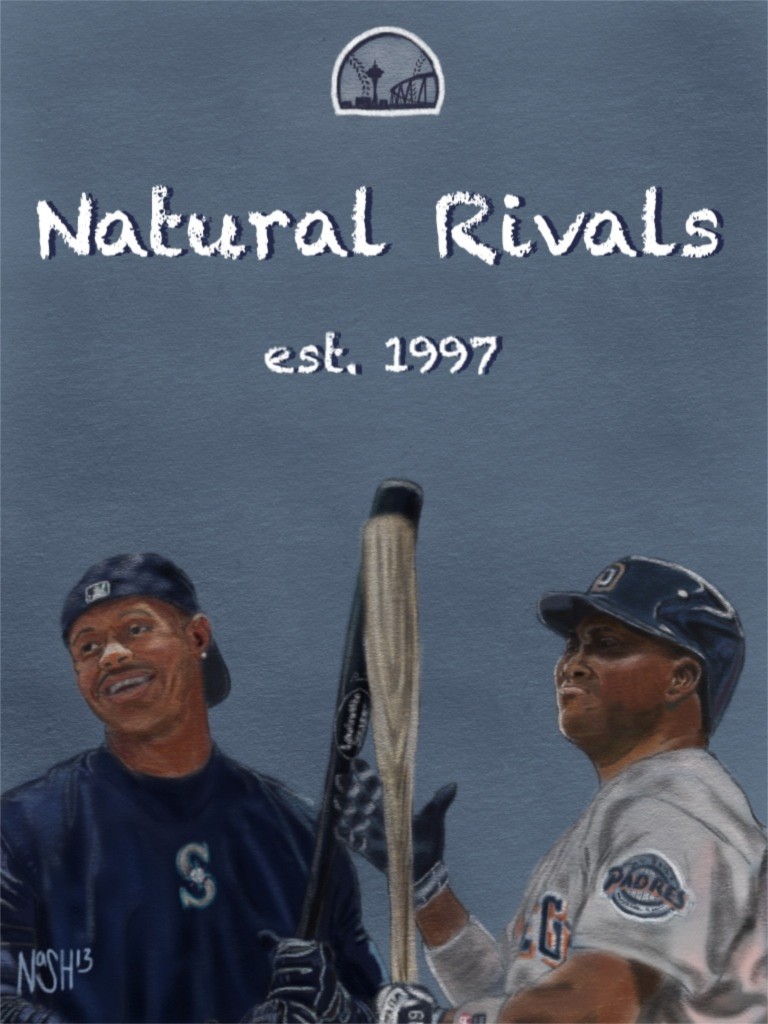